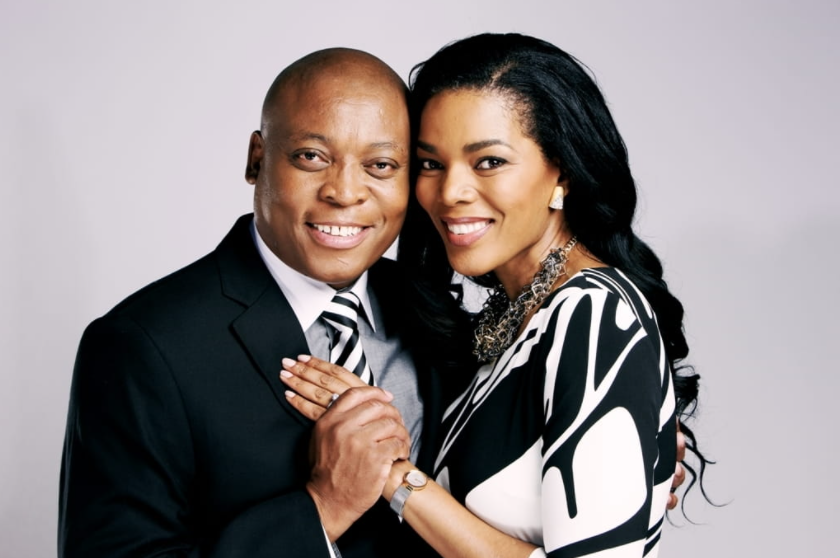 It’s been a wild ride since Harriet Khoza played by Connie Ferguson on The Queen, returned to the show. Since her return, the show has left viewers on the edge of their seats.

The show has been filled with dramatic twists and turns since she started having a secret affair with Hector played by Rapulana Seiphemo and Brutus is not having it. He has made it clear on several occasions that he doesn’t want Harriet to date their enemy. Another explosive episode aired last night and it left viewers begging for more.

It all began when Brutus found Harriet cheating with Hector at the Khoza mansion, for which he was infuriated. The situation was bound to be dramatic since he dislikes Hector.

A gun-wielding Brutus stormed into the house and shot Hector, causing injuries. He poured his heart out saying Harriet cannot date someone who killed her own daughter.

The burning question is , will the two continue dating after this? Tweeps reacted to the episode.

The culture in the Khoza mansion, the family has to approve who you date with. Harriet knew this was coming and no one of his members will ever approve her relationship. Shaka brought Thando ene le Brutus bamjikela then this……. #TheQueenMzansi pic.twitter.com/OgfDocdPkE

#TheQueenMzansi
I need a brother like this. The one that will protect my legacy
😊😊😊 pic.twitter.com/gzYzisGqko

Harriet is well known for her enthralling performances and always causing chaos on the show, so her return was much anticipated since the Queen’s storyline had recently been deemed boring and dull.

The Queen cast recently welcomed her with warm hands after a break following the passing of her husband. Taking to her Instagram account, the actress thanked the cast and crew of he show for the warm welcome back.

“Team #thequeen #fergusonfilms I love you all so much! Thank you for today. It’s good to do what you love knowing it’s for a purpose bigger than yourself. I’m grateful that we continue to walk this journey together, and all our wins and victories are to the glory of the almighty God. In the name of our Lord Jesus Christ,” she shared.

Connie lost her husband Shona Ferguson on the 30th of July 2021 to Covid-19 related complications. Uncle Sho, as he was affectionately known, passed away at Milpark hospital in Johannesburg.

Speaking on her husband’s legacy, she said at his funeral she will continue to grow Shona’s legacy. “Shona lived. He came into the industry like a tornado. Mr. Ferguson was the most underrated actor in this country. As a performer, as an artist. I don’t think we appreciated him enough. I think we are showing appreciation now that he is gone. But here’s what I’m grateful for, I can feel that this angel was loved by many. I can feel that he was revered by many. And where he is now, if you think Ferguson films is great, know that Ferguson films is great. Because that is my husband’s legacy, and it is going to continue growing from strength to strength If I have anything to do with it.