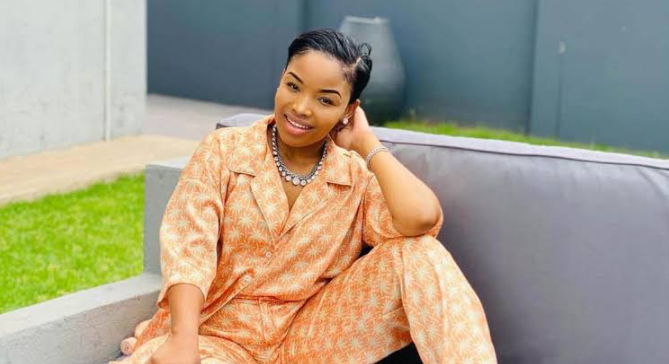 Actress and TV presenter Zinhle Mabena is officially a free woman. The actress has been cleared of all charges.

Zinhle appeared at the Pretoria Magistrates Court this Wednesday, 13 October where the assault charges against her that have been pending were withdrawn according to Daily Sun.

Her ex-husband Robert Ngwenya told Daily Sun why he decided to withdraw the case.

“Over a month ago, I was involved in an accident. I decided to withdraw because I couldn’t stand trial and be a witness as I’m still not fine. I asked the prosecution team to withdraw the case until I’m back on my feet,” he said…I’m a victim and we need to stand against the abuse that men also endure,” he told the publication

Robert had filed three charges against Zinhle including theft and malicious damage to property, attempted murder, and assault.

The charges of theft and damage to property were thrown out when she appeared in court earlier this year on 16 March.

Her lawyers told City Press that the charges were thrown out because her ex-husband allegedly slashed his own car tyres and he was caught on tape.

“It has been postponed in order for the state to provide me with full disclosure and once disclosure has taken place, we will then make representation to have the matter withdrawn once we have seen the evidence,” Mabena’s lawyer Joshua Shapiro told the publication.

In February this year, she appeared at the Pretoria Magistrate Court in Tshwane for charges of murder and attempted murder after she was arrested for alleged conspiracy to murder her husband.

Entertainment Commentator Phil Mphela then tweeted, “Mabena, known for playing Sihle on Isibaya, was arrested last night for an alleged conspiracy to murder her husband. The attempted murder incident took place in January, resulting in the death of the husband’s bodyguard.

“In January Robert Ngwenya, Zinhle Mabena’s husband survived an ambush attack. Three men reportedly opened fire on his car while he was still inside. At the time, Ngwenya told the media that he had been receiving death threats since May.”

The charges against her were thrown out after she spent a night under police custody. The prosecutor also deemed her arrest unlawful.

Opening up to Daily Sun about spending a night in police custody, the actress said she was traumatized.

“I cannot pretend and begin to explain how traumatic last night was for me to spend a night in police detention. I thank my family, close friends, and my legal team for their support and faith in my innocence despite the despicable and utter lies that are spreading against me.