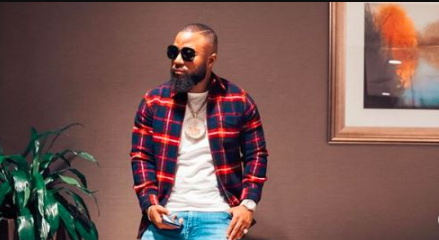 Cassper Nyovest is currently on tour promoting his career as an Amapiano artist and pushing the culture. He entered the music scene as a rapper but suddenly switched lanes to ride the Amapiano wave. That made him an easier target for trolls who do not approve of artists leaving their genres to make Amapiano music.

Recently, SA Hip Hop has been trending on social media with people saying the genre is dead. This sparked a huge debate on whether or not the Hip Hop artists are doing a good enough job to keep the genre alive or they need Cassper to come back and shake the game up.

The reason Cassper jumped ship from Hip Hop to the Yanons is because he feels as though there is no gatekeeping in the genre, as compared to Hip Hop. “The one thing I love about Amapinao is that there are no gatekeepers. Ha gona bosso (there is no boss). It’s either your song is hot or it’s not.” he mentioned at the time.

He also mentioned how he tried to run away from the Amapiano hype but he just could not, “Guys , I love amapiano!!!! I keep trying to run but it’s calling me. And the love there us amazing, so much respect. I am a person who loves the streets, I am tired of the drama in the hip hop genre,” he wrote.

There has always been politics in Hip Hop so that’s what made Cassper want to take a break from the genre. Many tweeps dissed him saying he is not a good rapper and that he is whack. Clapping back he laughed at the state of the genre currently, implying that it is indeed suffering.

I thought they said I was trash mos. Kante what's good ? https://t.co/6yarYfNUKO

Cassper also took another jab at SA Hip Hop saying the energy is what’s turning him off despite making a very good album Any Minute Now. “AMN is not even a year old. It’s still a good album to listen to. I was listening the other day and I smiled man, I was like yeah, this album is so good. Mara the energy in the game, I don’t miss that shit at all. I’m in such a good place. Having fun.”

The real reason Cassper has moved to Amapiano though is that he feels he is too versatile to be boxed into one genre. He claims to be the best Hip Hop artist the country has ever had and his catalogue speaks for itself.

Your favorite rapper doesn't have an "I Hope you bought it" , "Thought's" or "Superman" in their catalog. These are the facts. If we talking rap, I am one of the best that ever did it but I'm too versatile to be considered just a rapper andd Too rich to be pure. I'm a pop icon!!! https://t.co/d7d0500UQI

Here are some of the reactions from tweeps on the SA Hip Hop debate:

They say SA Hip Hop is dead because their faves went to do Amapiano 💀😌😢😭😭🤣🤣 pic.twitter.com/5y9SP21wjh

Artist who claim to be rappers, but jump from one trending genre to another are also contributing to the decline of SA Hip Hop. It makes SA Hip hop looks like a part time hustle pic.twitter.com/OmN0g97SpF

Even with all the hits Cassper has in Amapiano, he still got called names saying he is ruining the genre. Cassper’s hit single Siyathandana featuring Boohle is not his first offering in the Amapiano scene, but it is without the best. It is making waves and climbing charts, something he said he never got to witness when he was doing Hip Hop. Although this single is his first, he has featured in many other Amapiano hits where he raps or sings his verses.

Nyaniso And His Wife Welcome Their Baby