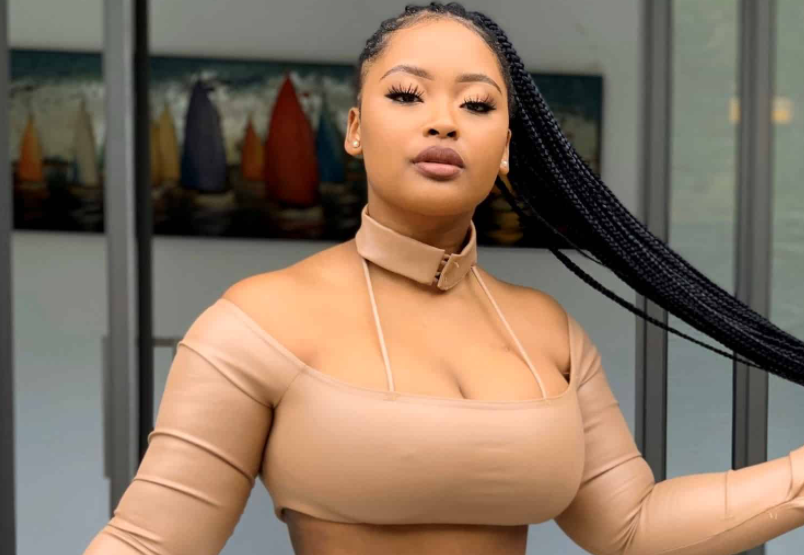 Beauty influencer Cyan Boujee has been at the top of the trending list for a while now following her heated exchange with ex-friend Madam Spura.

Everything went south after Spura opened up about an accident that did not make any sense to her. She recalled the whole story on her YouTube channel. Without mentioning any names, she said that she and a friend travelled to an influencer gig in Phalaborwa and encountered some weird things on their trip.

“A cat came out of nowhere. A cat stood in front of the car…where does a cart come from while at the garage. The cat looked at us…it was so creepy but we laughed about it…when you see a cat, it’s warning you that something bad is gonna happen or a cat is witchcraft…” she said in part.

What she found very strange about the accident was that she doesn’t remember getting into an accident. The last thing she recalls was being in a garage.

“Guys I swear the last thing that I remembered was being at the garage. the rest akitsi…I did not feel being in an accident. That was like so weird and guys I wasn’t sleeping…guys I did not feel anything. I did not even know that I was involved in an accident until I woke in hospital asking what am I doing here because nna the last time I was in a car going to Phalaborwa”

Since then people on Twitter have been alleging that the lady in question was trying to sacrifice her friend.

Cyan has issued an official apology to deny the allegations levelled against her. She said that she would never sacrifice anyone’s life.

“I would never attempt to sacrifice my friend’s life or anyone’s life but would rather risk my life for theirs. I found the assertions and innuendos made on social media as baseless, false, and against my personal religious beliefs. I don’t believe in and would never sacrifice a human life, and that is not an allegation I take lightly. I would also not sacrifice my own car which I worked so hard for. I believe that It was God’s will that I did not suffer great injury, and I am eternally grateful for God’s grace and mercy upon myself, and more importantly that we both made it alive from a horrific accident.” Read the statement in part.

According to the statement, Cyan did not at any point want the accident to be a secret.

“There was at no point where I wanted the accident to be a secret. The agreement was that we bring the situation to social media after we both seeked professional help and some time to heal. I am currently in this healing phase.”

She added that she did not leave her friend at the accident scene but went to get help.