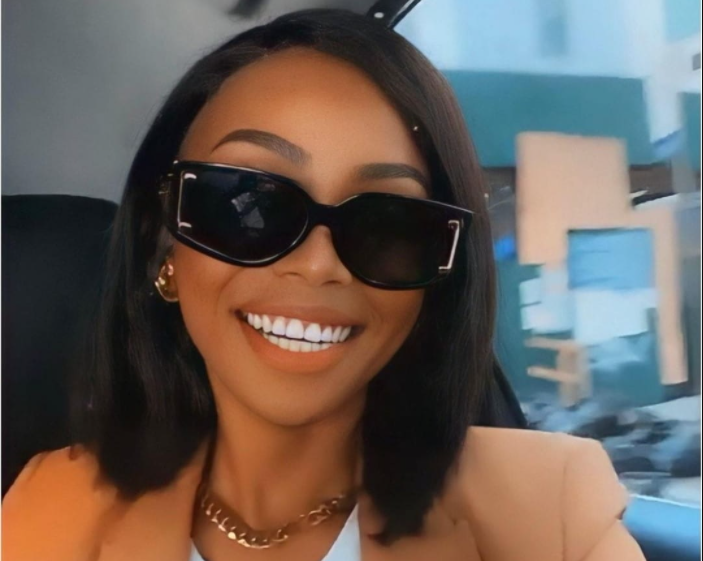 It seems as though the Podcast And Chill team will be issuing another statement clarifying a rumour made by one of the team members, about Bonang Matheba and Euphonik’s “abusive” relationship. On the latest episode of Podcast and Chill, Mac G, Sol Phenduka and The Ghost Lady were joined by JJ and they unpacked some of the week’s trending topics.

The team did what they are best known for – dropping puns, subs and major files about your favourite celebrities. Mac G and Sol Phenduka are usually the culprits but The Ghost Lady was on top of her game and she impressed the masses. She made a very shocking allegation about how Bonang was involved in a love triangle with her exes Euphonik and Nigerian superstar D’banj.

It was alleged that Euphonik was abusive towards Bonang and even physically so, but now – if there is any truth to The Ghost Lady’s remarks, then Euphonik was apparently also obsessive over Bonang.

Her team members were reluctant to believe these remarks however the refrained from delving into deep on the conversation because Bonang could sue again for defamation of character – or Euphonik.

Bonang is living it up in New York City and her recent look broke the internet. She was dressed up as Arial and looked drop-dead gorgeous.

Bonang once sued Youtuber Rea Gopane after he made damning allegations against her using drugs and introducing them to AKA. This was during the whole AKA and Anele Tembe saga where it was alleged that he got Anele hooked on those drugs. Of course these allegations have not been confirmed nor denied.

Bonang demanded a retraction and R500 000 from Rea which she only got the apology on all social media platforms and not the hefty fine.

“…you falsely and unlawfully accused Bonang Matheba in a widely published video clip of, inter alia, having introduced AKA (Kieman Jarryd Forbes) to cocaine. In the context of what was being discussed in the video clip this defamatory allegation was exacerbated by the shocking insinuation that the death of AKA’s girlfriend Anele (Nellie) Tembe was due to AKA’s alleged use of cocaine.

“The allegations were defamatory, hurtful and were deliberately intended to humiliate my client and undermine her reputation. The allegations are also, to your knowledge false. Your false utterances are compounded by the fact that at the time of making them on a public platform, you knew full well that these utterances would be widely viewed given my client’s high public profile,” part of the lawyer’s letters read.

Read apologised but his apology was unacceptable. “To the extent that I have made statements to certain individuals and in the public media stating or implying Ms Matheba’s connection to cocaine, I unequivocally retract all such imputations and unreservedly apologise that they were made. I regret any inconvenience caused to Ms Matheba and undertake that it will not happen again.”