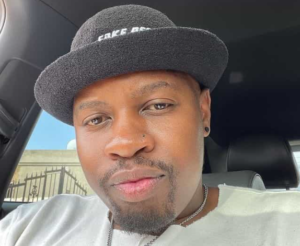 Everything SA Music shared a clip from an old interview they did with Jazzi Q where he spoke about his relationship with the late Mpura. He described him as an entertainer. “He is an entertainer. He is a clown. It’s just like when you are with your big brother or your baby sister or whatever. That’s like love. It’s not like we don’t speak to one another.”

He added that the two of them met in high school and were both into fashion.

“I met Mpura in high school actually. He was like my junior. He would always come to me and hang with me. Me and Mpura were like fashion bros.”
In the clip shared, Jazzi Q also spoke about how he met Lady Lu. “Lady Du, I met her via my old man’s mate. My old man came to me and told me that I need to help her out. I told him that I would but not now. We met like three or four years back and I called her last year when she was about to quit,” he said in part.

Another star deeply affected by the passing of Mpura is Amapiano vocalist Lady Lu. Not so long ago, she took to Instagram to ask the public to show a little bit of empathy for mourning celebrities.

“I don’t think I wanted to even do this, but I feel like I want to do it. There are things that I think a lot of people need to understand and that is we are not celebrities when we lose our brothers. We are not celebrities when we are in pain. Nobody can ever handle the pain of losing people that they care about. People that have helped them grow in every way possible.” She said.

She added that she had never felt so weak in her life. Killer Kau and Mpura had such a big impact in her life – more than anyone she’d met in the music industry.

“I don’t understand. I’m confused. I don’t know what is going on. I don’t know how to feel. But guys, please understand that with me – I’m not a celebrity when it comes to losing people that I care about. I’ve never been and felt so weak in my life. Killer Kau and Mpura touched me in a way that nobody else has ever touched me and I don’t expect anybody to understand that. That is for me to understand. So when we lose people, stop calling us and asking us what is going on. Stop asking what happened and just pray. Learn to pray. We’re still young to die in this way. We are young guys. We must pray.”