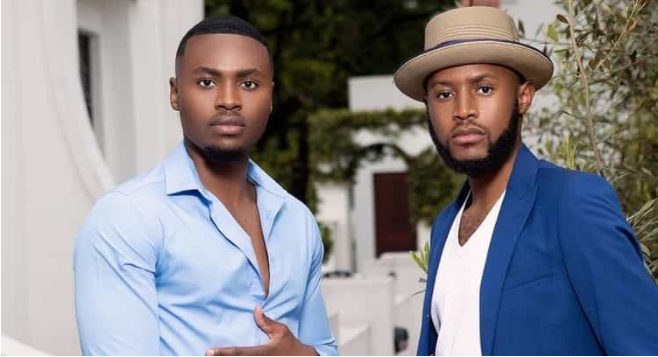 Mohale’s 26th birthday celebrations are carrying into the weekend and we are here for the content. “I hope you guys are good. I’m amazing,” said Motaung on one of his Instagram stories this morning. He is also accompanied by Glam Troupe director @ruddols_ as well and actor and rumoured ex of Lasizwe Dambuza Wiseman Zitha. He joined the celebrations not so long ago.

This had fans wondering if there could be something happening between the two, but it seems highly unlikely. Sharing a warm birthday message for Mohale the other day, Zitha referred to him as his best friend.

“Help me wish my chomiship @mohale_77 a HAPPY BiRTHDAY Y’all,” he posted. “Ndziku navelela siku Raku velekiwa munghana wa Mina cheers to many more years of LAUGHTER, LOVE, SUCCESS and FRIENDSHIP. As you grow older, may you increase in WISDOM and every other aspect.”

Some fans have been surprised to see that Mohale is not spending his birthday with his husband Somizi. Somgaga has also said nothing about Mohale’s birthday on his social media. He only posted about telenovela The River and starting a music group.

“Guys let’s talk about two things. One, there is no man as dumb as Lindiwe’s husband. Zweli is driving me mad. How many times has Lindiwe been playing him?” said Som G,

“Two, If I had to be given an offer to play a role on The River – that is opposite Lindiwe – I would never take it. You must know that you will never be on The River again and your role will last three days and then you are gone. I would rather stay by Mam Flora’s or by Cobra’s place,”

He further stated that if one would like to have a longer role in the drama, they should take any part as long as it is further away from The Dikana Mansion. “At least you know that job-wise – your character will have longevity. Anything at the Dikana’s, don’t agree to those roles guys. If you want to have a job and money, refuse because Lindiwe is not going anywhere. Lindiwe murders anything, Lindiwe devours everything.

So, I’m talking on the professional level as an actor. I can imagine you get a role and you’re informed that you’ll be performing alongside Lindiwe and you’re all excited and then soon you die. Continue, we are not jealous.”

Quoted by The Citizen, Mohale has assured his fans that they are not getting a divorce. They are just going through a rough patch.