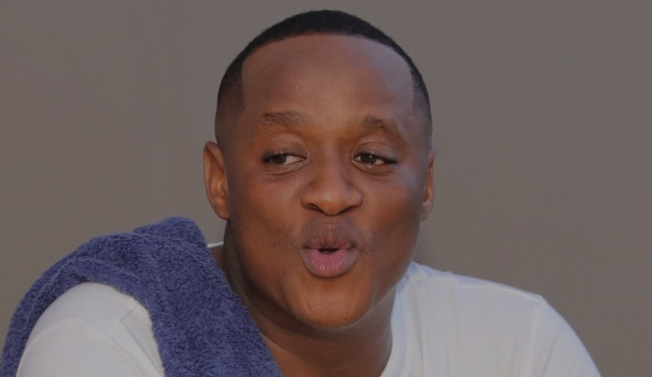 The Popular channel Moja Love has released an official statement following the recent comments made by one of the channel’s top presenters Jub Jub regarding the current protests in the country.

According to the statement shared by entertainment commentator Phil Mphela, the channel says it can not be held accountable for the comments made by Uyajola 9.9 presenter on social media.

The statement read: “As Moja Channels, Moja Love (DStv 157) and Moja 9.9 (DStv 158) we would like to distance ourselves from the social media video circulating of Molemo Jub Jub Maarohanye expressing his views about the ongoing protests. The views expressed in the videos or any of his platforms are his personal views and do not reflect the company values and views of the channel in any way.”

The statement furthermore explains that the channel is against violence while addressing important issues faced by the country. The channel also expressed Its sympathy to those who are affected by the ongoing lootings in the country.

“The socio-economic situation of the country is a stark reality we empathize with but we do not condone violence in addressing the matter. We call on South Africans to stand together to denounce the looting, violence, and lawlessness that has gripped the country.

“We extend our sympathies and support to the many small black businesses, entrepreneurs, and informal traders who form the lifeblood of the township and CBD economy and acknowledge the irreparable harm that these attacks will cause to livelihoods, families, and affected communities.”

The channel says views shared by the Uyajola 9/9 host are his personal views and do not reflect Moja’s stance.

Jub Jub recently took to Instagram to share his views about the current lootings happening in townships mostly Gauteng and KZN making it clear that he does not condone this behavior, Jub Jub also mentioned that he understands where the looters come from.

Some people did not take kindly to Jub Jub’s comments including TV and Radio Personality Lerato Kganyago who took to the comments section to express her views, however, this led to a heated exchange between her and Jub Jub.

Lerato wrote: “I’m an artist and I’m saying your generalization is problematic. Some of us have been speaking you are sending out the wrong message to my brother with all due respect. Some of us are just as frustrated, been upset for many in case you think the looting by the government started 4 months ago.

In response, Jub Jub told Lerato where to get off. He warned her to never come at him again.

He responded: “This is what bores me…who appointed you as the minister of the right messages of SA? With all due respect, you are entitled to your own opinion, AS I AM TO MINE. We shouldn’t be sitting here debating. The country is burning, the poor have been disenfranchised for too long in this country and it’s easy for someone to say violence this, violence that when they don’t know their day to day pain…

“I’m not here to talk politics nama Guptas that I don’t know of, I am talking about people who think they have the right to judge the poor based on their position of privilege. Nobody is saying looting and the destruction of property is right. The wrongness of it goes without saying. What I was talking to is a response of the clever blacks to the plight of the poor in this country. If you do not fall within that spectrum then this live did not apply to you…”