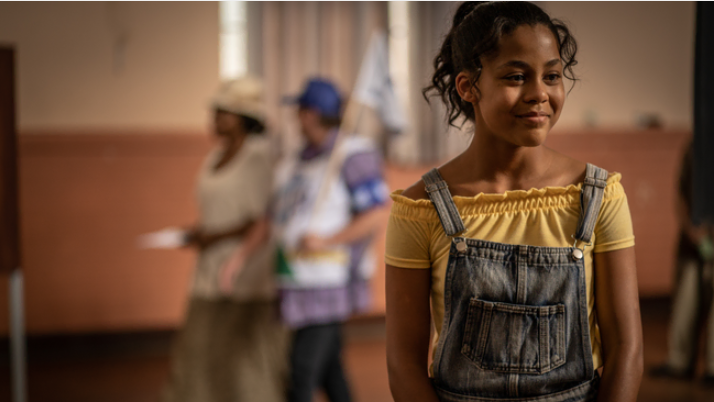 Gabrielle de Gama is unlike most 14 years olds. She isn’t spending countless death scrolling through social media, catching up with her girlfriends or busy making TikTok videos. Instead, she’s planning footprints in the music and entertainment industry.

On the back of recently releasing her debut single, Nasty, which tackles cyberbullying, she bagged a plum role in M-Net’s African crime drama, “Reyka”.

Before delving into her role in the series, she expanded on her journey since bagging the role of Annie at Peoples Theatre in Johannesburg.

She revealed: “That just opened a lot of doors for me. I started to get vocal coaching and then I joined my agency, 33 & Me.”

Her journey also saw her exposed to the Performance Academy, where she honed her skills in acting.

She also trained with June Kraus at the June Kraus Julliard School of Music and bagged the Best Overall Singer at the International ARTS Talent showcase.

And she got to take the stage at The International Modeling and Talent Association (IMTA) convention in the Big Apple.

With so much exposure to the spotlight, it’s easy to understand De Gama’s confident and focused approach.

She handled our virtual tête-à-tête with a maturity that belies her age. I was most impressed.

Back to the series, which centres on a brilliant but flawed criminal profiler, Reyka Gama (Kim Engelbrecht), who, in investigating a string of brutal murders committed by a serial killer in the sugar cane fields of KwaZulu-Natal, is forced to confront her own demons.

As a child, she was, which Reyka follows a flawed but brilliant criminal profiler, Reyka Gama (Kim Engelbrecht). Haunted by her past, she investigates a string of brutal murders committed by a serial killer in the sugar cane fields of KwaZulu-Natal.

Having been abducted as a child by a farmer named Speelman (Iain Glen).

De Gama is cast as Young Reyka. Having caught a sneak preview of the first episode, the teenager handles her role and intense emotions with commendable finesse and conviction.

“It was really nerve racking when I first met Iain. He’s such a big influence on the film industry, globally, and that scared me because it was my first ever time on TV.

“But once I got over the shock and got used to filming, it settled my nerves. 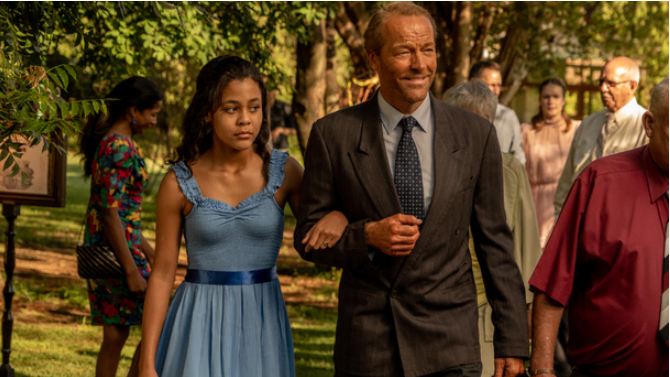 “The director’s gave me a lot of advice about Young Reyka.

“They told me where she was born, what kind of role her parents played in her life, the kind of things she did on a daily basis and how she coped with the kidnapping.

“On set, I focused on the character and just absorbed the scene,” she explained.

Although she didn’t have any scenes with Engelbrecht, she met the seasoned actress a few times and engaged in a quick banter over their shared character.

Most of De Gama’s scenes were shot during the school holidays.

But she’s very focused on time management when it comes to juggling school with her fledgling career in entertainment.

She added: “School always comes first. If you don’t take your education seriously, no one is going to take you seriously.”

With such a good head on her shoulders, this rising teen star, who is still having that pinch me moment after getting to meet Thando Thabethe, Anna-Mart van der Merwe (as her small screen mom, Elsa) and Engelbrecht, is bound to go far in this industry!