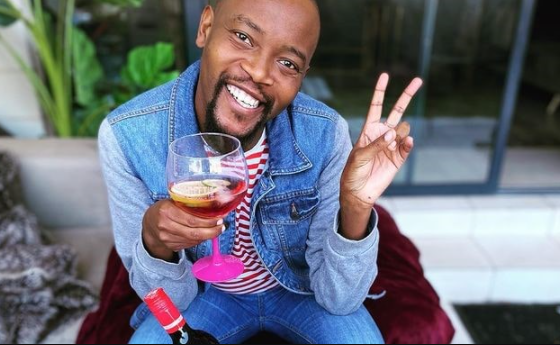 Moshe Ndiki is set on building his culinary empire, one food truck at a time! The comedian and media personality entered the food industry by introducing his spice range. But the dream is bigger and so he started a mobile food truck business franchise.

Drawing inspiration from the likes of Somizi Mhlongo and others, Moshe Ndiki has decided to use his passion and talent for cooking, and turn it into a lucrative money maker.

When he first launched his spice range, Moshe revealed that he had worked on it for 5 years, “Something I’ve worked hard on for the past 5 years, just to get it right, self-funded and my dream come true,” he announced. 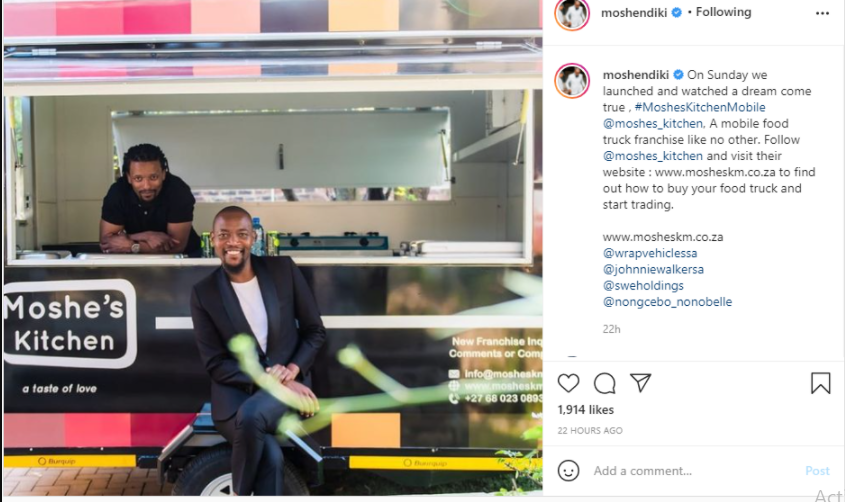 In a statement, Moshe announced how passionate he is about food and the industry as a whole. “Food to me is my love communication and I am grateful to have shared this part of myself with you. For me, this is an opportunity to restore the traditional notions of family, in remembrance and honour of the warm bonds created in our homes every time we sit down to share a meal. We hope to take you back to that love and inspire you to continue the tradition in your home with every meal,” he wrote on Instagram.

“It was a no-brainer to have found my calling in the food industry. I remember sitting and thinking to myself about five years ago, what can I do to honour my mother, to honour the memories we shared with my aunts, uncles, and cousins around the dinner table, the passion to serve the ones we love.

“That’s when I discovered the art of spices, flexible and versatile, a wonder of creativity, the one thing that makes a dish extraordinary. And this was the birth of Moshe’s Kitchen,” Ndiki said.

She also has a cook book which has also gained some success of it’s own, “The book doesn’t really have that many dessert recipes but it has enough to satisfy the home cook. If anything it features a lot of ‘one pot wonders’, reminiscent of my childhood”, said Lorna.

Expressing her excitement on social media, the chef wrote: “Oh my gosh – Just found out my cook book Celebrate With Lorna Maseko has won 2 awards with the Gourmand World Cookbook Awards 2020…This is the best news ever!!!!!”
Moshe recently introduced his son to the world.