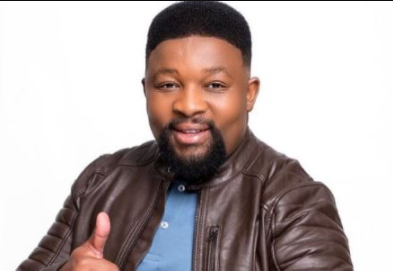 SABC 1’s hit reality tv show Nyan Nyan is getting a spin off and this one is solely dedicated to those having problems in their marriage.

This was announced by Mzansi’ go-to entertainment commentator Kgopolo “Phil” Mphela on Twitter.

TV: Nyan Nyan gets a spin-off

The show will help married, long standing and committed couples to engage on their intimacy issues.

Now some of you may already know Dr Nomcebo Mthembu as she has a show with Alex Mthiyane on Gagasi FM. The show is solely dedicated to everything about relationships. The discuss everything that is considered taboo when it comes to sex, things to do and not to sexually and they always make it a point to help the listeners in the process.

Most recently, on Thursday Alex and Nomcebo discussed having a relationship with an ex and whether that can work out. It was an interesting topic to say the least.

Nomcebo said often times when people decide to go back to their exes it is because they did not make it clear that they are done and there was no valid reason for the break up. The reason of the breakup was not talked about and so people miss what they had, forgetting the reasons that led to the break-up.

Some people argued that they go back to their exes because it is not easy to start a relationship and get to know a person from scratch. With the ex, they don’t have to start afresh which means that people are often lazy. What are your thoughts on this?

Some people expressed mixed reactions on this, these were some of the reactions:

“The problem with Nyan Nyan is that all the couples’ relationship are actually toxic and very dangerous. The platform itself is fine, but you never find couples who aren’t abusing, cheating, alcoholic etc. I doubt the sex version will feature more stable couples”

“Imagine putting a carpet over a tilled floor…..that’s exactly what sabc1 has done. Unnecessary edition to nyan nyan. Luyanda Potwana was killing it alone so why add someone else?”

In other exciting news, Nyan ‘Nyan presenter, Luyanda has previously shared that he has been accepted by the University of London and fans wished him nothing but the best as he left.

Sharing the exciting news on Instagram a few days ago, he said this comes 20 years after he completed his matric.

He wrote: “Finally!! I’ve been accepted!!! I’m now a student for the Bachelor of Science degree in Psychology (BSc in Psychology) at the University of London, United Kingdom 🇬🇧

“This is literally my first time ever at a tertiary, since completing my matric 20 years ago — and it had to be at the age of 39, at University of London — one of the top 20 highest-ranking Universities globally…If there’s a man to pray — then there’s a God to answer!”

Earlier this year, he also shared that he has accepted his ancestral calling.

In his brief post on Facebook, the TV personality revealed that he kept this out of the public eye because he was ashamed and not ready to accept it.