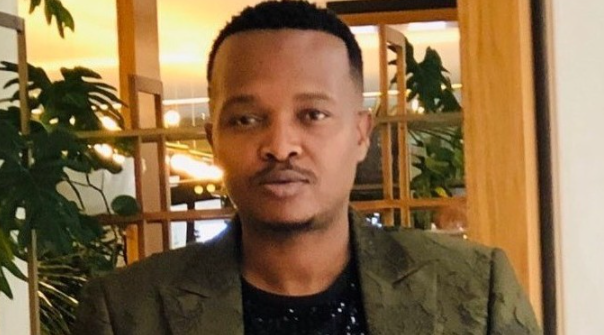 Entertainment commentator, Phil Mphela has come under fire on social media for allegedly being biased towards Idols SA judge Somizi Mhlongo as he faces damning allegations made by his estranged husband, Mohale Motaung.

On Sunday, Mzansi woke up to news that made it clear where celebrity couple Somizi and Mohale stand in their marriage. For the longest time it was suspected that the couple had split, but none of them had come out in the open to confirm the rumours. In May this year, during an interview, Mohale came out to dismiss the rumours, saying he and his husband were just going through ‘marital problems’ that all couples go through.

However, in an interview that is allegedly for a tell-all show that the 26-year-old businessman and actor is doing, he has revealed that the Sarafina actor was physically abusive towards him.

The Rockville season 5 actor alleged that his husband has broken his ribs and almost broke his two teeth at their home last year. In another incident, Mohale alleges that Somizi threatened him with a kitchen knife after he had spend the night at a friend’s place. The actor also made claims about Somizi being jealous and controlling, so much so that he did not want him to work with the Fergusons and on other acting gigs that he ended up losing as a result.

In response to these allegations, Somizi released a statement. The singer explained that he was aware of the allegations leveled against him and had handed the matter over to his lawyers.

Many on social media were made aware of the statement by Phil Mphela who shared it in his Twitter account. For some, this raised questions because Phil had not tweeted anything about the allegetions, only to share a statement by Somizi. This led to tweeps accusing him of being biased and taking sides, especially because Somizi is his friend.

Phil, in a tweet, clarified why he did not post about the allegations: “Hey fam. If you know my content you know I never post about people’s relationships. In cases where I get sent an official statement, I will post it. Like I did with Lebo M divorce & the Somizi statement izolo. So, I have heard the leaked audio between Mohale & Legend. Until I get the official statement from the broadcaster or any of the involved parties’ representative, I will wait. Yes, I know Somizi & do consider him a friend. I’m not ignoring the story but at this point it still a personal issue until it triggers action related to work.”

Until I get the official statement from the broadcaster or any of the involved parties’ representative, I will wait.

Yes, I know Somizi & do consider him a friend. I’m not ignoring the story but at this point it still a personal issue until it triggers action related to work

Phil’s explanation did not land for others. One Twitter user called him Somizi’s ‘lapdog’ while another called him a ‘sellout’. Others were still not answered and wanted to know if he will call Somizi out or not.

For some, however, Phil’s explanation made sense. He was applauded for being ‘professional’ and respecting the matter as it is very sensitive.

Question is will you call out your friend Somizi Somgwaza Somhlaba Mhlongo for his abuse?

Somhlinza will not confess to the abuse.

I think it was better for you to remain a sellout to humanity in private, than to come here anf tell people that you are going to respond after you get clarity from your friend on what to say. I would have been silent since you say this isn't even your focus

You're just being decent about this whole matter Phil, it's a sensitive matter, I don't think you're taking sides, let them think whatever

@PhilMphela, I don't understand why Phil is being attacked when he chooses to be professional and wait? Furthermore that would be disingenuous for people to talk " abuse" when there is no piece of evidence, at this stage is allegations nothing solid.

That's very ethical and professional of you, we don't see such behaviour these days.

Lately, it's all about being the first to drop the news and they even do so recklessly.