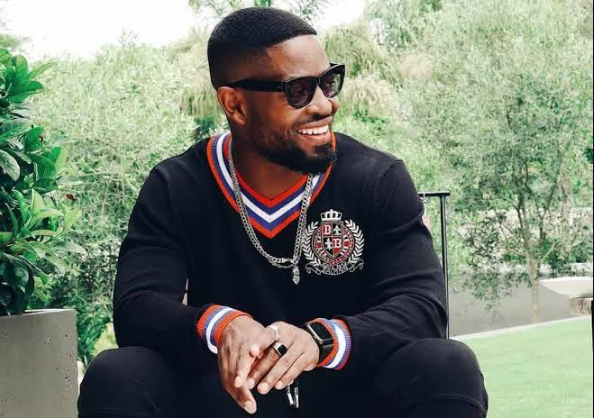 Multi-award-winning DJ and producer Prince Kaybee have been applauded for taking action. The DJ was spotted alongside MEC for Sport, Arts, Culture, and Recreation in Gauteng Mbali Hlophe and the community of Daveyton today cleaning Mayfield Square and Daveyton Mall.

Prince Kaybee also took to social media to share few snaps of himself on duty.
Captioning the pictures, he wrote: “It was an honor to serve with you
@MbaliHlopheSA. To the community of Daveyton we together managed to clean the Mayfield Square and Daveyton Mall, I’m inspired by”

He also admitted that he had a long day.
“I don’t wanna lie, a broom for two hours is no child’s play, especially sand on a mall pavement lol, my back hurts.”

This is why we should always regard a cleaner with the highest respect at our workplaces and households.

Tweeps have since applauded Uwrongo hitmaker for the good job.
@sabtourmaniaZA thanked Prince Kaybee for taking time and helping out the community of Daveyton.

“Some figures tweet in the comfort of their homes, while blessings like
@PrinceKaybee_SA become active in getting things done in order to restore life. Dankie fam for taking some of your precious time to help Daveyton clean up. God be with you and may you be blessed abundantly.”

Gauzene Malema said PrinceKaybee is a good example: “They can say whatever they want. Truth is that you got out of your comfort zone and went to give a hand where it is needed. This isn’t the first time. You are a GREAT EXAMPLE, my brother.”

It was an honor to serve with you @MbaliHlopheSA . To the community of Daveyton we together managed to clean the Mayfield Square and Daveyton Mall, I’m inspired❤️ pic.twitter.com/mnObCwcCp2

Earlier this week, Mzanzi Magic announced that Prince Kaybee has joined the Idols SA judges panel for this year’s competition. he is joining the panel as a guest judge for Idols season 17. Mzansi Magic said it is excited to have him on the show and shine a spotlight on him.

Hailing from Senekal in the Free State, Kabelo Motsami AKA Prince Kaybee is a DJ and musician who got his break on a reality show. He entered a DJ competition called ‘1s & 2s’ back in 2015 and, needless to say, stole the show and won. He has since released a slew of hits including ‘Club Controller’, ‘Charlotte’, ‘Fetch Your Life’, ‘Banomoya’, and ‘Gugulethu’, which he performed on the Idols stage last season!

“This highly decorated, multi-platinum selling prince was a no-brainer when it came to selecting guest judges for Season 17 – he’s proven he has what it takes to become a star and not allow anyone to dim his light. Which is something any Idol SA hopeful can learn from”