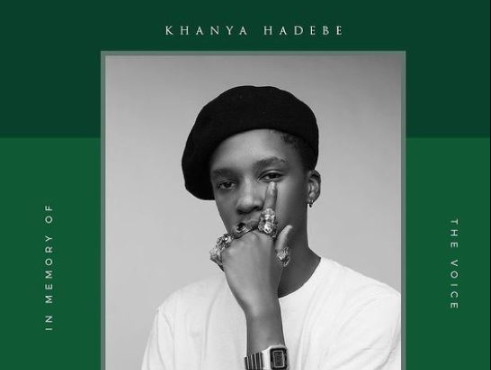 Hip Hop Artist Stilo Magolide has announced on Instagram that there will be a memorial service for one of the yanos superstars that passed on Monday, Khanya Hadebe who was Mpura’s DJ.

Stilo said, “Join us this Friday for my brothers memorial in Braam outside area 3 at 14:00 dress code green bring flowers and candles no drinking”.

The organisers of the memorial service for Khanya said, “As a family and community, we have lost our voice. It is now time to come together and find our light. On Friday, we will be coming together in Braam to bid farewell to our brother Khanya. We would for everyone who was illuminated by Khanya’s spirit to join us in paying respects and laying flowers and lighting candles in the area”

A tweet has shared graphics of what is believed to be from the accident that claimed the lives of Killer Kau, Mpura, Thando Tot, Khanya Hadebe and Thando TD. The vehicle, which is beyond recognition is believed to be the one in which the Amapiano stars were travelling. They were on their way to a gig in Rustenburg.

They were involved in a fatal car accident on the N4, whilst on their way to a gig in Rustenburg.

The inaugural Amapiano Awards are looking to assist the families of the late stars, in order for them to have a decent send off. In a statement sent to TshisaLive, the Amapiano Awards organisation is looking to do more for the artists in the fast-growing genre.

They have committed themselves to working with various companies so the artists receive funeral cover as well as disability benefits. In addition to that the publication reports that they will be receiving travel benefits so they arrive at their respective gigs safely.

Yesterday, Killer Kau’s record label Soweto Music & Entertainment Academy issued an official statement confirming the passing of the star and those who were travelling with him.

“On Monday the 9th of August 2021, the families of the deceased received a call from Marikana Police Station about a fatal accident that had taken place on Marikana road (N4 Northwest).

It is with great sadness that we announce the passing of 3 members affiliated with the record label, SMEA, an inspiring record label from Soweto. The trio was travelling to a gig in Rustenburg with other artists in the car. Involved in this fatality was hitmaker and Amapiano co-pioneer Killer Kau. Thando Tot was his DJ, TD who was SMEA’s official road manager, Mpura Mpura Artist, The Voice (Mpura’s DJ) and 1 other female.

We ask that you allow the families of the late youngsters to be given space to grieve their loss whilst we try to make funeral arrangements.

More details pertaining to their funerals will be issued soon.

Killer Kau’s girlfriend, Olwethu Mkhwanazi has broken her silence since losing her partner over the weekend to that horrific accident which police are still investigating.

Yesterday, Olwethu shared a tribute to her partner that has left everyone heartbroken. She has compiled videos of the moments they both shared, playing Aaliyah’s I Miss You.

Fans Shut Down The Streets For Killer Kau