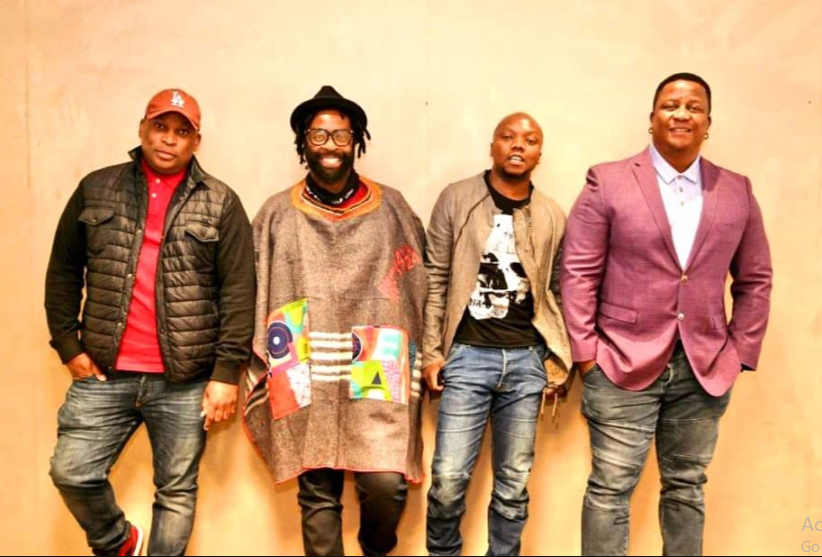 Over the years, we have seen our favourite radio personalities getting axed from various radio stations. We’ve seen some pick themselves up and do far greater things in radio or other avenues. It was only just a matter of time till one of them come up with a concept that would accommodate each other. We’re talking about the “Fired Squad.”

The Fired Squad consists of radio personalities that were once fired from radio. Robert Marawa recently came up with it and fans are loving the idea. This after Robert shared a snap with him posing with fellow dismissed colleagues DJ Sbu, T Bo Touch and disgraced DJ Fresh.

Which talented radio ladies r missing from this 🔥🔥fm pic??👂🏾👂🏾

DJ Sbu joked about this whole concept and wrote, “Now that Robert has also joined the Fired Squad. How many of you would love to see this Radio Station happen and which sisters would you recommend to join these Goats on the line up?”

Now that Robert has also joined the Fired Squad. How many of you would love to see this Radio Station happen and which sisters would you recommend to join these 🐐s on the line up? 😂@DJFreshSA @GarethCliff @iamtbotouch @robertmarawa@TheRealPhatJoe#TheMediaAvengers pic.twitter.com/f9ioLHU9tK

Fans then suggested other names including Ngizwe Mchunu who was fired frm Ukhozi FM and Phat Joe. Others thought it would be cool if females were to be included in the line-up including Ntsiki Mazwai and Penny Lebyane.

Robert Marawa recently parted ways with SABC and sports fans were very disappointed. He anchored the Marawa Sport Worldwide (MSW) that would simulcast on Metro FM and Radio 2000.

In a statement, SABC announced his departure and even named his replacement, “The South African Broadcasting Corporation (SABC), would like to announce departure of renowned sports broadcasters, Mr. Robert Marawa and Ms. Vaylen Kirtley.

“Robert Marawa departs following the conclusion of the MSW (Marawa Sport Worldwide) which Marawa presented on both METRO FM and Radio 2000 simultaneously.”

“Ms. KIrtley presented the Sport segment of SABC’s television current affairs show, Morning Live and was also an anchor for SABC sport programming. She joined the SABC 20 years ago and started with junior sports programmes at the time.”

Earlier this year, Sbu hung up the radio headphones after 20 years being on air. In an interview with Daily Sun he stated, “My career has come full circle. It’s 20 years old. I’ve outdone myself.” He says he would focus on unearthing new talent, “I didn’t think I’d go this far. I’m stepping away from the mic to focus on mentoring new talent,” he says.

“I wanted to go out with big achievement and thought what a better way than a world record. We also used it to raise funds. We raised money for a homeless shelter in Tembsa in Ekurhuleni called Siyazigabisa Home of Hope,” he said.

“We did 216 hours on radio, which is about nine days of none-stop music radio” “It was a challenging experience even though we had been practicing,” says DJ Sbu,