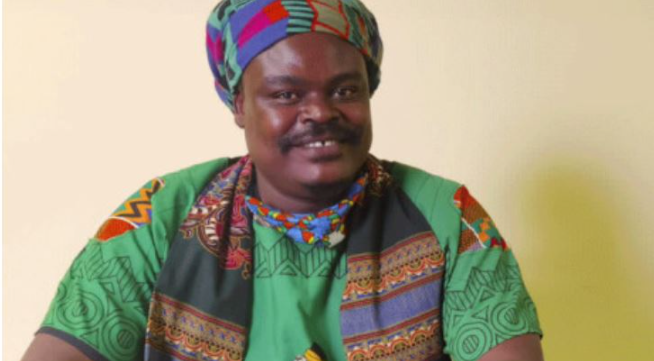 An artist on Twitter by the handle @Ndi_Muvenda_ has asked Twitter to help him get his work out there. He completed a portrait of DJ Shimza and has asked everyone to help get the art to him. However, Twitter was not impressed with his skills.

Others said that his drawing looks more like DJ Bongz than DJ Shimza. It was good seeing that Shimza didn’t catch any feelings. He just laughed about it.

My work 🤞🏻 Can you please Rt this until shimza see it pic.twitter.com/cq4FPhtTKg

Shimza is also another Zaleb who was deeply affected by the passing of the Amapiano young stars who lost their lives on their way to a gig in Rustenburg. On the day the news broke he tweeted and said that he hoped it was not true.

Lady Du, who closely worked with Mpura and Killer Kau said that the stars were like her siblings.

I hope this ain’t true 😭

“Our last text messages are what breaks me, my brother left me, we fought like siblings, we loved each other like siblings.

“We had soo much to do GOD. yhoooo kubhlungu Mpura plans for the weekend, we wanted to surprise gogo by performing together on her set.”

Sharing the last Whatsapp conversation between her and Mpura, the pair had clear plans to take over the music industry this year. One of the things that stood out from their conversation was lady du reminding Mpura to always pray.

Responding to the many messages and calls she had been receiving, Lu reminded everyone that celebrities experience pain just like any other person would. “I don’t think I wanted to even do this, but I feel like I want to do it There are things that I think a lot of people need to understand and that is we are not celebrities when we lose our brothers. We are not celebrities when we are in pain. Nobody can ever handle the pain of losing people that they care about. People that have helped them grow in every way possible,” she said.

Their friendship was a special one. Something that is rare to find in this cutthroat music industry. Lady Du also said that Killer and Mpura will always have a special place in her heart.

“Something about building solid relationships in this industry, being a big sister to them was something I didn’t even think about. I made them so uncomfortable by sending I love you messages, but they’d always send it back. In this cruel world, we live in with so many toxic people, we created a family, we fought, we solved our issues, we’d swear at each other, but one thing I know, we had a close bond, one I appreciated. I will never forget what you guys did for me ever.”