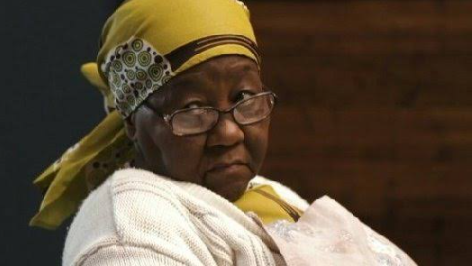 The entertainment industry is mourning another loss. The former Rhythm City actress Tamara Jozi has passed on.

Tamara who was popularly known for her role on The Long Run reportedly died this past Tuesday, 9 August.

Her agency, Trinity Management shared a tribute on Twitter saying: “#RIPTamaraJozi we will miss you. Your little laughs and how you were dedicated to your work.”

According to TshisaLive, the late actress’s daughter Ziyanda Jozi confirmed the news and stated that a family statement will be released soon.

Tributes have been pouring in on social media.

May her soul rest in peace.
Umakoti😭

Meanwhile, tributes are continuing to pour in for Mpura and Killer Kau. The Amapiano stars passed on in a car accident on their way to a gig in Rustenburg.

Their close friend Lady Du broke the sad news on Instagram. She also took to IG Live to share her grief.

Lady Du said: “I don’t think I wanted to even do this, but I feel like I want to do it There are things that I think a lot of people need to understand and that is we are not celebrities when we lose our brothers. We are not celebrities when we are in pain. Nobody can ever handle the pain of losing people that they care about. People that have helped them grow in every way possible.”

She added: “I don’t understand. I’m confused. I don’t know what is going on. I don’t know how to feel. But guys, please understand that with me – I’m not a celebrity when it comes to losing people that I care about. I’ve never been and felt so weak in my life. Killer Kau and Mpura touched me in a way that nobody else has ever touched me and I don’t expect anybody to understand that. That is for me to understand. So when we lose people, stop calling us and asking us what is going on. Stop asking what happened and just pray. Learn to pray. We’re still young to die in this way. We are young guys. We must pray.”

Lady du says fame does not mean anything if it means losing people you love.

Here is what others had to say on Twitter.
@Ofentse_ZA tweeted: “I’m angry because I’m discovering another creative side of Mpura that has been right under my nose, from styling models to shooting fashion week for years to doing fashion editorials for ELLE, have long admired this photo of Sma, this was Mpura, a young maverick in SA fashion.”

Candice Modiselle: “From the videos that continue to surface of Killer Kau, Mpura, The Voice, Thando Tot & TD, all I can see are people that lived such colorful lives. Their respective talents, their joy, all so infectious… A page worth tearing from their books. Peace Magents.”

RIP Killa Kau and Mpura Mpura. We shall never forget how you kept us entertained. May your souls rest in eternal peace Boyzis 💔💔 pic.twitter.com/fHQi62lLX6