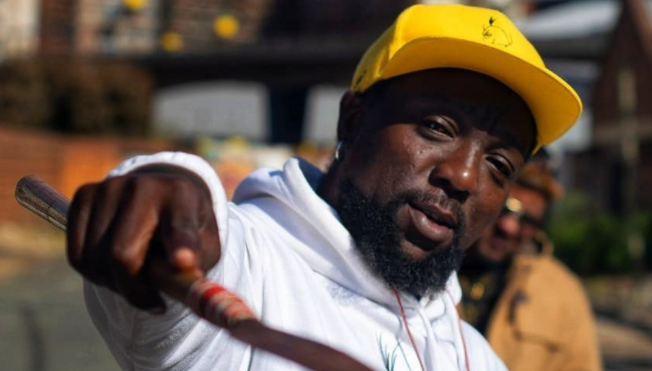 Kwaito music legend Bonginkosi ‘Zola 7’ Dlamini has responded humorously to the recent rumours about him being death.

On Sunday, social media users were heartbroken and confused after rumours of the star’s passing spread through Twitter like a wildfire.

It all started when a Facebook user decided to clout chase by declaring the Lwandle hit-maker dead, saying he died of heart failure. However, once his lies caught up with him, that same user later apologised for announcing the musician’s death without verifying the facts, claiming he got a false update. He further stared that Zola is alive and that he did not wish for his demise.

Another social media user, Godfada Yekasi, also eased the heartbreak of many South Africans when he confirmed that Zola is alive and he had gotten off the phone with him a few minutes before posting the screenshot of their call.

Zola has also come out to pour cold water on claims he is dead or is not doing well. A video shows the musician hanging out with his friends — one of them being presenter Zola Hashatsi, and the other being musician Cruz Africa. The three friends are discussing the unfortunate hoax when Zola jokingly proclaims, “it’s nice to be dead.” While the matter is a serious one, Zola makes light of it by asking if he’d still be a kwaito star in heaven. The other Zola condemns the act (and rightfully so) by telling people to find hobbies because they are bored.

In a second video, Zola 7 jokingly tells fans that he came back from heaven because the constant singing was rubbing him up the wrong way. He also made jokes about seeing the first democratic president of South Africa, Nelson Mandela, as well as music legend Brenda Fassie.

All of this mayhem comes after numerous reports about the Don’t Cry hit-maker’s health deteriorating and him needing support from fans for his medical bills.

During his lengthy interview with Mac G on his Podcast And Chill in May, a special episode that aired in multiple cinemas around the country, the musician opened up about having epilepsy.

Although this may be the case, in June, himself and his PR Manager moved swiftly to dismiss claims he was in hospital or in need of donations as some publications had reported.

“We honestly don’t know where these rumours started. He is not in a hospital, he is perfectly fine at his home,” his PR manager, Siki Kunene told The Citizen.