Zakes Bantwini Has Prince Shaking In His Boots?

Zakes Bantwini Has Prince Shaking In His Boots? 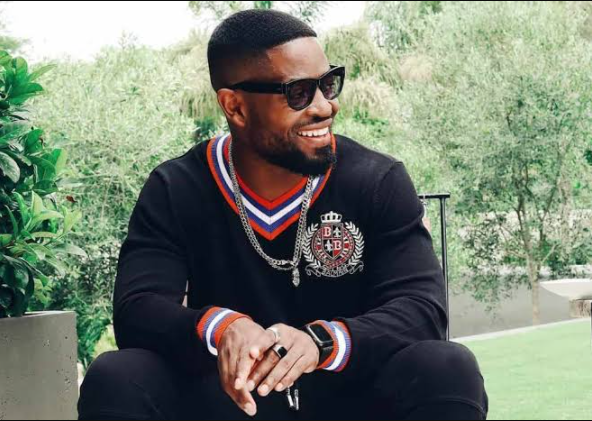 Prince Kaybee is without a doubt one of the best DJ’s in the country and his catalogue speaks for itself. Talent, consistency and willingness to put other talented artists on is something he encompasses. The numbers and the awards do not lie. So it baffles him when trolls come for his music and also claim that other DJ’s are better than him.

Whilst other DJs have shown versatility when it comes to their art, Prince Kaybee chose to stick to the type of music he does. With everyone jumping the Amapiano wave, Prince remained true to the music and sound he introduced himself with when he won 1’s and 2’s in 2015.

This past weekend, Zakes Bantwini shook the internet with a performance of his unreleased track called Osama. The banger has been certified a hit already before it’s release. Other celebrities tipped their hats at Zakes saying he could just have the song of the year in his hands.

He trended all over the timelines and people are gearing up for Summer and it’s all thanks to Zakes and his music.

Zakes said he worked with Kasango on the song and it will be released on September 17. He also said that he did not think that the song would blow up the way it did, weeks before it actually gets released. He thought that people would slowly warm up to the song instead of just vibing to it immediately.

“I did not think that people would just love it instantly, I thought it was gonna grow with people until people wanted to hear it immediately, it surprised us,” he said.

17 September 2021 #osama WORLDWIDE release 🙏, Thank you all for the support, let's rock … pic.twitter.com/UcqmQPB82L

A troll decided to drag Prince Kaybee into the mix by saying he is probably shaking in his boots after that clip of Zake’s performance at Kunye went viral.

The troll said Zakes is showing Prince Kaybee how it is done but Prince clapped back saying he always catches smoke on Twitter as if he hasn’t done anything for the music industry in the country.

Lol I’m ALWAYS catching smoke like I did nothing for music in SA💔, what a shame man. https://t.co/bD3H9ivQRX

Prince had beefed with other artists and DJs, namely Black Coffee, Euphonik and DJ Maphorisa, not Zakes Bantwini.

Speaking on his beef with Black Coffee on Everything SA Music, he said people who want respect should earn it. He was referencing the notion that people should respect everyone who is older than them whether by age or longevity in any career. Black Coffee is known as ‘Grootman’ in the industry because of his longevity and his success.

Prince Kaybee said although he does acknowledge Coffee as an OG in the game,because they are in the same genre, he will not respect him as a person who started way before he did.

“I’ve got this thing about me … apparently it’s being arrogant. I really need you to earn my respect, from a very personal point. Respect and recognition are two different things. I can recognise you as the world’s number one DJ but you can’t force me to respect you. Respect is personal…but what have you shown me to respect you,” Kaybee said.

Why Mmapitsi’s Wedding Will End In Tears